In 1916, the Virginia Tech Corps of Cadets graduated future military leader Maj. Gen. Cecil R. Moore. Nicknamed “Scribe” while a cadet at VPI, Moore lived up to his moniker as a prolific record-keeper while serving in the U.S. Army.

Thanks to the generosity of the Moore family, the Major General Cecil R. Moore collection will anchor the Corps’ museum’s collection, providing new, primary sources for historical research. Hundreds of documents, postcards, and souvenirs populate the collection, along with his military uniforms, photographs, war booty, and diaries.

This virtual exhibition is but a snippet of the Moore Collection archival holdings. It offers a small glimpse into the life of cadet Moore as seen through the lens of the material culture of his life.

Maj. Gen. Cecil R. Moore is shown here as a cadet with what appears to be telegraph equipment, circa 1915-1916.

When World War I started, he volunteered with the Coastal Artillery Corps.

In World War I, Moore served in France as battery commander adjutant while taking university classes. After the war, he transferred into the Engineer Corp in Coblenz, Germany, as company commander of the 16th Engineers. At the rank of captain, Moore guided his troops in the repair of railroad lines destroyed in Germany during the war. After two years of service in Germany, Moore returned to the United States to Fort Sam Houston, Texas.

While serving under Gen. Dwight D. Eisenhower as chief engineer, European Theater of Operations, during World War II, Moore’s command was responsible for maintaining and repairing bridges, tunnels, and rail lines in Europe. During that command, Moore earned two Silver Stars, the Legion of Merit, the Distinguished Service Medal, and a Bronze Star. His foreign awards include the Croix de Guerre with Palme, Commander of the Bath, Legion of Honor, and Palme Academique.

Moore, better known as “Dinty,” (a nickname given to him during World War I) passed away in 1983, having led a full life with his wife, Esther, and their two children, Michael (VTCC class of ’56) and Judith.

His legacy lives on in the historical items he left behind.

Click on an image below to see the larger version and caption. 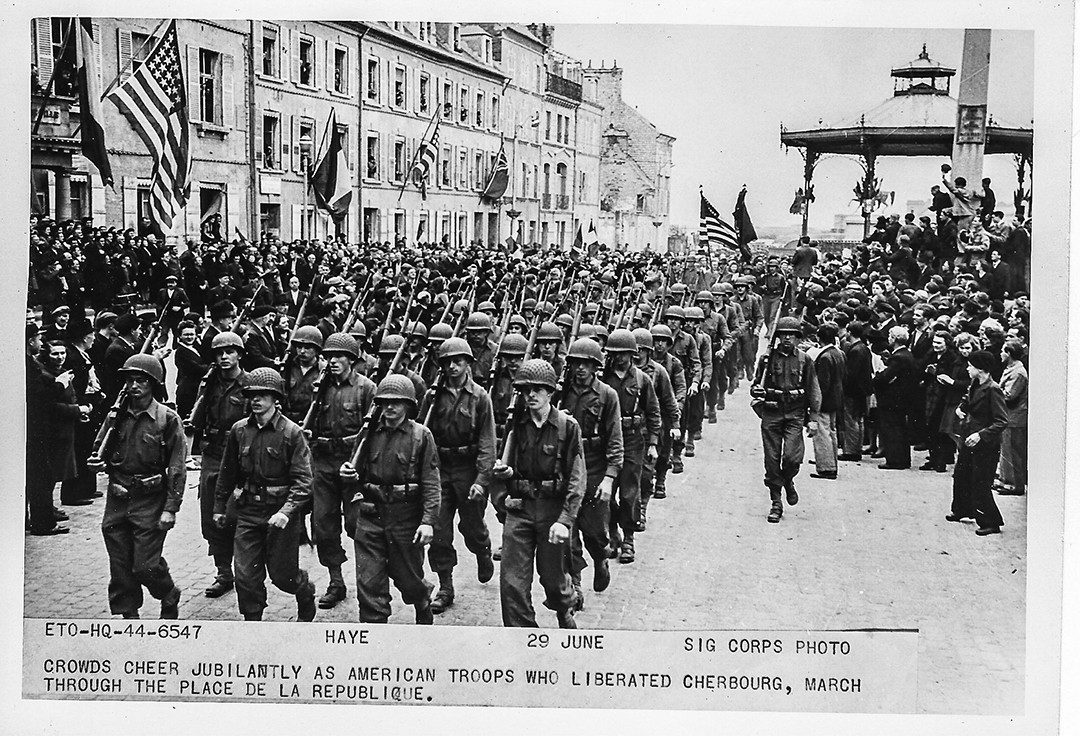 Maj. Gen. Cecil R. Moore and his soldiers were involved in the July 27, 1944, liberation of Cherbourg, France. 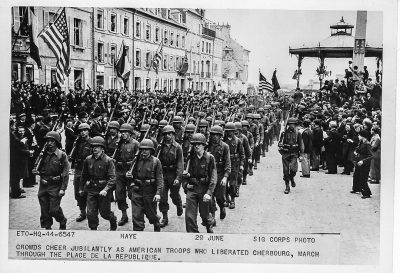 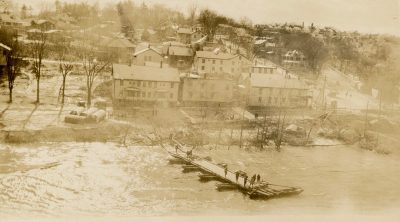 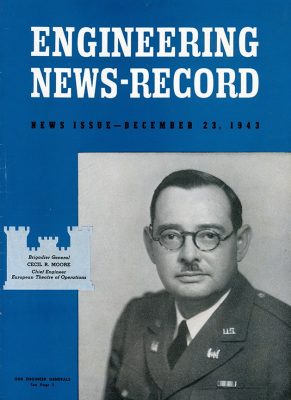 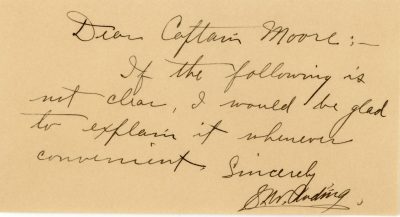 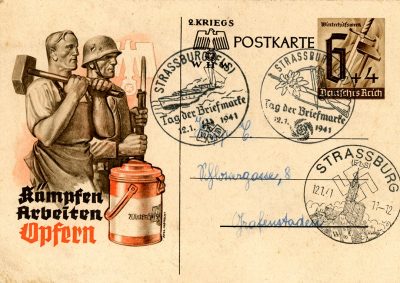 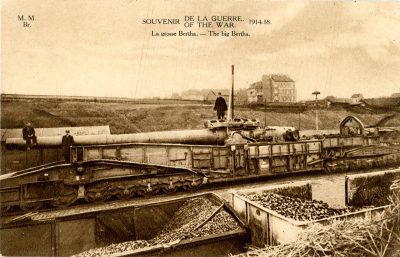 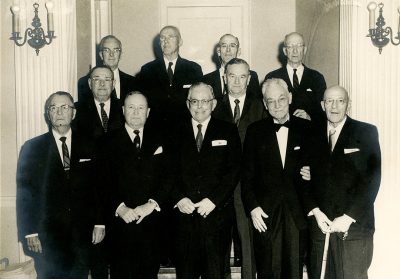 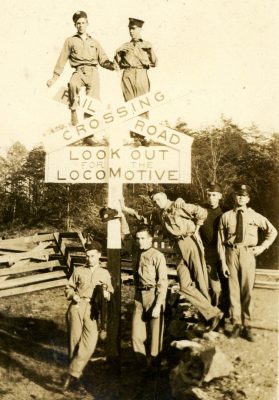 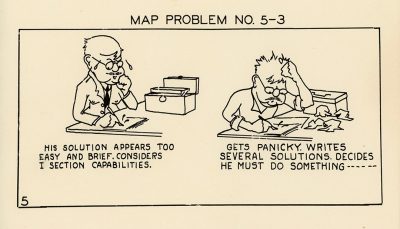 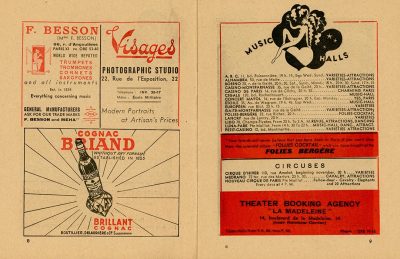 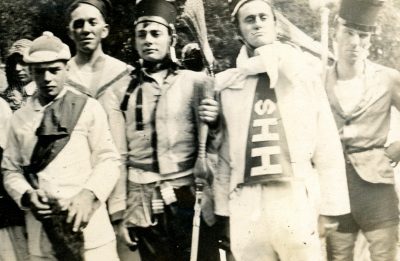 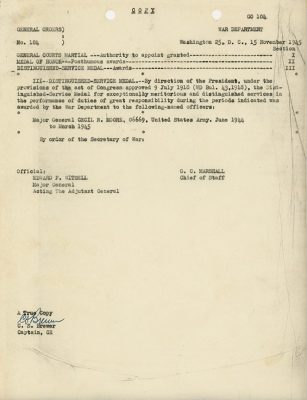 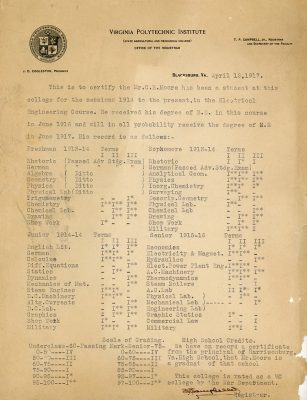 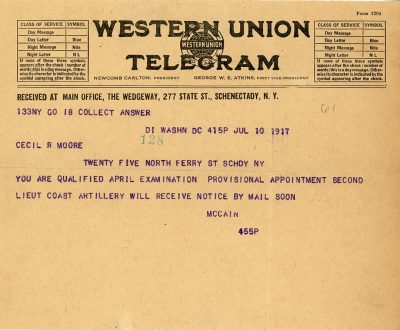 Keep Us in the Loop

As you move or change duty stations throughout your career, make sure you continue to get the Corps Review and other updated university and Corps information.

Also, share your news and photos with us for the Corps Review's Class Notes section. Submit your items online at vtcc.vt.edu/classnotes.